Self defence classes can help empower women and help them feel more confident and safe.

At Storm Family Martial Arts we offer a range of Self Defence techniques taken from multiple martial arts styles.

Self defence classes teach both physical and mental skills, as being mentally prepared to defend yourself is just as important as being prepared physically. During classes you will learn hand-eye coordination, breathing techniques and how to focus the mind, all of which are skills that can be used in your everyday life to help you feel cool, calm and in control of any situation.

Women who have learned to defend themselves are sure to feel more confident when they are walking alone as knowing you have the power and skill to defend yourself against an attacker can make a big difference to the way that you see yourself, as well as the world around you. Of course, the best form of self defence is to avoid any risky situation but if in the unlikely event that you find yourself in one that requires some form of self defence then it’s a real boost to know that you will have the necessary skills to help you manage it.

Self defence classes offer one of the best forms of fitness around, as these classes work every part of your body. Women who want to get fit and stay in shape are sure to love the improved muscle tone and enhanced energy levels that self defence classes provide. In addition, these classes are much more interesting than simply taking a spinning or Pilates class and offer plenty of new techniques and moves to keep both the brain and body stimulated and engaged.

Choosing A Self Defence Class

Here are some of the main types of self defence classes that are waiting to be tried:

This form of Martial Arts was originally developed by the Israeli Defence Force and focuses on how to defend yourself against both armed and unarmed attackers. Krav Maga is great for women, because it focuses on drilling techniques so that they become an automatic response during an attack. This prevents women from panicking if they feel threatened and allows them to keep a clear head to use the defence techniques they have learned.

Tae Kwon Do roughly means ‘the way of the foot and fist’ in Korean and is one of the most widely practiced forms of Martial Arts around the world. One of the things that make Tae Kwon Do particularly appealing to some women is that there are a lot of kicking moves involved. This means that you do not need to have a lot of upper body strength to ward off an attacker. If you learn at least one of the series of fast-paced kicking patterns you will be more than ready to defend yourself if you need to.

This Japanese form of Martial Arts teaches students to use the force of their attacker against them. This means that women do not need to be particularly strong or large to protect themselves against their opponents. Some of the techniques that these classes provide include throwing and joint locking techniques that can be used to disable an opponent and literally knock them off their feet quickly and easily.

This type of self defence was developed by Bruce Lee, who took the best techniques from various forms of Martial Arts and unified them. This teaches women how to escape from dangerous situations quickly by using simple techniques such as attacking the eyes with the fingers. For many of the techniques taught in Jeet Kune Do, no real strength is needed, making this ideal for older women who need to learn how to defend themselves in almost any situation.

At Storm Family Martial Arts we have incorporated techniques from the systems listed above, plus many others, to offer a comprehensive self defence system.

Come for a free trial and see how much fun you can have learning a new skill and meeting some new people. 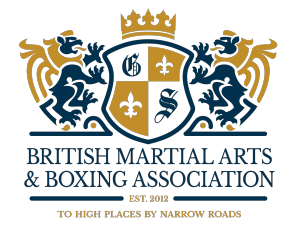